Over the long May first weekend, and my first during my stay in Sweden, I took a little road trip through a small part of southern Sweden. Here are some of the most interesting places we visited.

Stora Sundby slott is one of the many, many castles and estates in Sweden. I think the architecture has some eastern elements, but actually it represents a calendar. Four large towers for the seasons, twelve smaller ones for the months. 52 rooms for the weeks and 356 windows for the days of the year. Pretty cool, right?  The castle itself is private property, but the park around it is open for visitors.

Vimmerby is the hometown of beloved Swedish author Astrid Lindgren. We passed by the town’s main square to see her statue. Then we passed by her childhood home, which still stands in one corner of the town. It was easy to see from the surroundings, what had inspired her to write so many wonderful stories.

Arriving at Kalmar, we drove over the bridge to Öland island. Which was pretty cool. The bridge over is about 6km long and the island itself is the second largest in Sweden. The island holds the Swedish royal family’s summer estate and one of its main geological features is limestone. Our trip didn’t take us far into the island, just over the bridge and back. 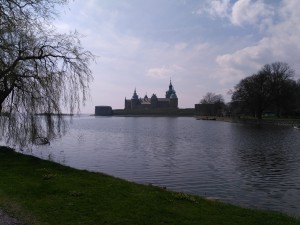 Since we were already in Kalmar, a visit to the Kalmar slott was a must.  The Kalmar Castle was once an important fortification and it also was the location where the Kalmar Union was signed. The historical dungeons tour was way too much with my poor Swedish skills, but other than that, I could have stayed in the castle much longer. I was also kind of bummed, that part of the castle was closed due to an upcoming exhibition. 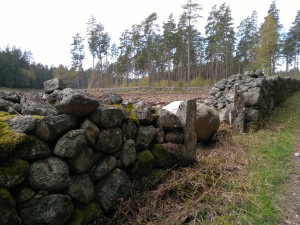 The way home we spent geocaching, pulling over every now and then. Most of the caches were pretty simple, but there were some interesting ones as well. All the while we drove through a typical Småland landscape with lots of forest and field, filled with stone hedges made of stones that were pulled up from the earth when people settled down in the area and started farming the land. All in all, a pretty great little trip.

How is it already October?
Starting to feel autumn vibes right around the corner
⁣Hello 2021!⠀
Since it's wintertime, I love going all out with my hot beverages. Now that it's the holiday season, evening tea often makes way for a cup of glögi - a Finnish traditional mulled wine or warm berry juice with spices. I also enjoy a big cup of hot chocolate while I snuggle up in a blanket for a holiday film.
⁣Happy December!⠀
⁣Winter is finally here. It's been snowing almost non-stop since last night and the world is white and frosty (not just trying to be like in this picture from about a month ago.)⠀